…Or nothing comes from nothing. Otherwise known as the concept of “creatio ex nihilo” is an ancient argument which can be used both to support the requirement for a higher being, or argue against it. This is what makes the argument so brilliant, and universally applicable. Many theologians (people who study religion) have been able to successfully argue that almost all of the Abrahamic religions we know of today, attempt to teach Creatio Ex Nihilo, which is exactly what ancient Greek creation mythology was criticised for. We know today, that creation out of nothing is physically impossible due to the fact that a nothing can’t make a something.
Ancient creationist mythology, to an extent, teaches the idea that the gods gathered up chaos (already existing space debris) and threw it all together to create the universe. If one was to interpret that as an attempt at describing the Big Bang, then the Greeks were really ahead of their time.

Many religions, even today, disagree with the idea that man came from bacteria, which down the line came from celestial dust, which at some point compressed and exploded making everything in the universe. And who could blame them, right? 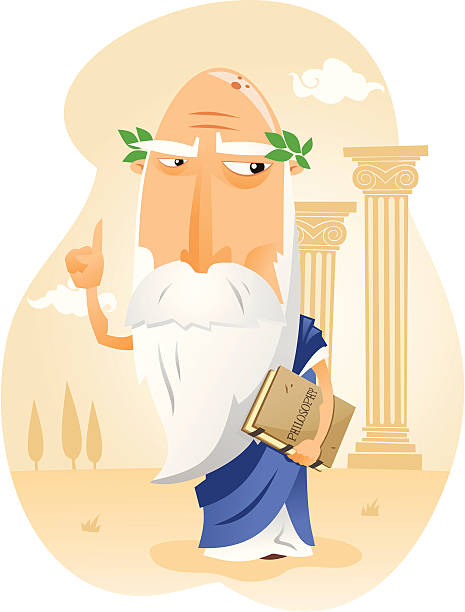 After all, the idea that some space particles clumped together to, over time, create everything as we know it, and continue to do so infinitely, is so hard to visualise in one’s head. Where would we draw the line? You can imagine yourself, in your room, in your house, in your town, in your country, on your continent, on the planet. And we know there’s other planets and moons and stars, because we can see them, most often at night, but how much more past that point can you really imagine or visualise?

It then kind of makes sense to have an assigned “Maker” that would put things into motion. Like a scientist, mixing things up to create a metaphorical chemical reaction that explodes into what may be the universe. Arguably, this sounds as a concept easier to absorb, since we know all things have to be made by somebody. However, this is less logically consistent. Think about it: we know reactions occur in chemistry and physics all the time, on their own. The nitrogen cycle for example. How often is it that we witness a sky wizard create a universe? Of course either of those things could be described with science, or the theory of the God of the Gaps.
The theory of the God of the Gaps is simply an explanation of the idea that since the dawn of days people have been assigning things they didn’t understand to the workings of a God, or multiple gods. For example, the bubonic plague was viewed as a curse from the Christian God, and the medical treatment of the conditions involved heavy prayer, abstinence from food or drink, and isolation. We now know it was caused by rats carrying viruses, and absolutely not a curse, however originally it was assigned to the idea that the Judeo-Christian God is a vengeful one.

The idea that everything came from nothing is very hard to grasp, and justify, which is why many theologians have taken issue with it; for example through the posteriori argument of Paley’s Watchmaker, which implies, through human experience, that upon stumbling onto something as complex as a watch, one must absolutely assume it had a maker, just as our universe must have had a maker, due to the unbelievable complexity. 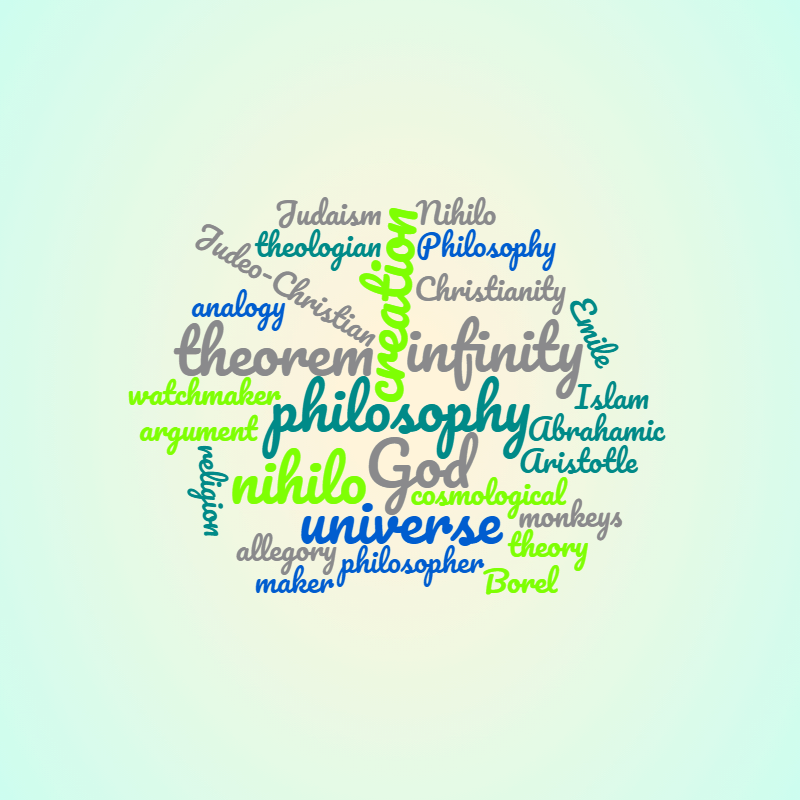 It is important to introduce two supporting theories and allegories right here:

The Infinite Monkey theorem, by Emile Borel.
AND
The Cosmological Argument, associated with Aristotelian Philosophy.

You can get more familiar with those by simply clicking the links, which will take you right over to their respective pages.