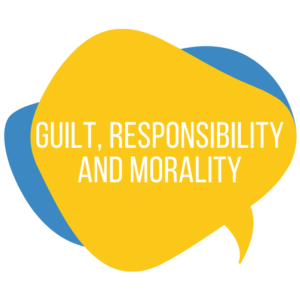 Have you started to write practice essays yet? If not, now would be a great time to give it a go. Take a look at the practice question below, along with an example paragraph.

Remember, you get 30 marks for your essay, plus an extra 4 marks for technical accuracy. We’d advise you spend no more than 45 minutes on planning and writing your essay.

How is the theme of guilt presented throughout the play?

Guilt crushes and destroys much of the gang by the end of the play. John Tate is one of the characters who cannot live with himself because of his involvement in what he thinks is the ‘death’ of Adam. The former gang leader disappears from all scenes quite early on and is only mentioned near the end of the play by Richard who lets Phil and the audience know that John Tate has ‘found god’. He now goes to shopping centres ‘singing and trying to give people leaflets’. He could be seen as trying to make amends for his guilty involvement and trying to help people to turn to God as a way of atoning for his past ‘sins’.

Previous Topic
Back to Lesson